In 2020, McMichael successfully represented clients in three separate appeals to the Pennsylvania Superior Court. In January 2021, she obtained a partial reversal and remand of a trial court order dismissing a fraud claim in a highly publicized legal malpractice action. In October 2020, she obtained a reversal and remand of a trial court order holding her client in civil contempt. And in September 2020, McMichael, as counsel for the appellee, succeeded in upholding a trial court order allowing her client access to the other party’s mental health records.

Before founding Appellate Law Group in 2013, McMichael was a partner and head of the appellate practice group at Dilworth Paxon LLP. While at Dilworth, McMichael represented the Republic of Uruguay in a federal appeal to the Second Circuit and successfully stayed execution on a $200 million arbitration award. McMichael also successfully represented a California corporation in the district court and the Third Circuit in a case involving personal jurisdiction over an out-of-state corporation.

Before joining Dilworth Paxson in 1986, McMichael was an attorney-advisor in the Regional Counsel’s office of the U.S. Department of Housing and Urban Development (HUD). Before that, she was an associate in the family law firm Lynne Z. Gold-Bikin and Associates in Montgomery County, Pennsylvania.

McMichael is a frequent author and lecturer in matters involving appellate law and practice. Her articles have appeared in the ABA publication Appellate Issues, the PBA quarterly magazine The Pennsylvania Lawyer, The Legal Intelligencer, and the PBA Newsletter Civil Litigation. Visit her blog to keep up with her latest articles and news

She has appeared on Continuing Legal Education panels sponsored by the Pennsylvania Bar Institute, the Philadelphia Bar Association, the Delaware County Bar Association, and the League of Women Voters.

In October 2020, McMichael delivered a presentation to the civil judges of the Philadelphia Court of Common Pleas titled “Pennsylvania Appellate Law Update.”

McMichael earned her law degree from The University of Texas School of Law, where she was a Senior Editor of the Texas International Law Journal. She holds a bachelor’s degree with High Honors in English from Middlebury College in Middlebury, Vermont.

McMichael is rated AV Pre-eminent by Martindale-Hubbell and “Superb” by Avvo, and is named a Pennsylvania Super Lawyer in appellate practice.

McMichael is a founding board member of Women Owned Law, a national organization dedicated to connecting and advancing women entrepreneurs in the law.

McMichael served for 15 years as an elected member of the Board of Supervisors of East Whiteland Township, Pennsylvania. East Whiteland has more than 10,000 residents and is the home of the Great Valley Corporate Center, one of the largest suburban office complexes in the country.

McMichael is the mother of two grown children, one a college student and the other a U.S. Navy officer assigned to a nuclear submarine. She is fluent in Spanish and French. 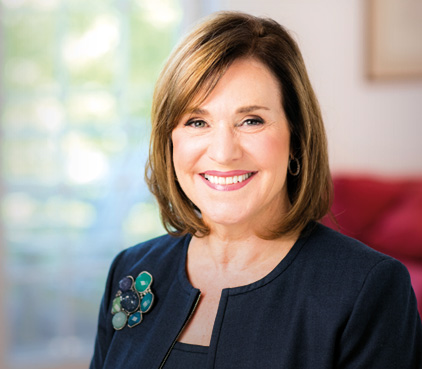 For more information about Virginia McMichael, read “The Journey of a Lawyer” and “Lessons from the Journey” as published in PA Lawyer, Jan/Feb 2017 Issue.

Keep up-to-date with the latest in PA appellate court cases and news.